My sweet, sweet Ellie bear is one! I can’t believe it! I’ll never forget — Matt and I were in Hawaii on the vacation of a lifetime and we got an email from one of the breeders we were on the waitlist for saying a family backed out, we were next in line, and if we wanted one of their puppies! I mean, DUH.

And a week later, we drove up to a suburb just outside of Milwaukee and got our little fluff ball! When we walked into our breeders house, we were greeted by a couple golden retrievers and were brought to the pen the puppies were kept in. There were only two left: one puppy going crazy and another sleeping. Guess which one Ellie was? The sleeper. Thank God. We fell in love immediately.

The first few weeks with Ellie home were rough. We both had the puppy blues in a major way. We tried (and failed) at crate training her. We woke up every couple hours to take her out to pee. She bit a hole through my lululemon leggings. She had diarrhea quite often. I cried… A LOT!

But she was so sweet and cuddly and smart. We finally got into a groove around month 3.5-4 and she was sleeping through the night. She made some other puppy friends and we were able to walk her more and more as she got older. With some hard work and consistency, Ellie is the perfect dog (to us, haha!)!

Now, we take her to dog parks and the dog beach. She loves to lay in bed or on the couch with us. Her favorite snacks include watermelon (especially frozen!), cantaloupe, and bone broth in her kibble.

When we first brought Ellie home, we signed up for BarkBox! It’s a subscription service and every box brings you toys, treats, and a chew. Initially, we signed up for monthly boxes and then started to space them out before stopping altogether. We may sign up again in the future but for now, we’ve got plenty of toys and treats for her.

She LOVES squeaky balls and hard horns/bones. She’s also a huge fan of socks and our shoes. She picks up our shoes, moves them to a different spot, and lays down with them (but doesn’t chew them). She’s a weirdo.

The only other “subscription” we have for Ellie is that we get her food delivered via Chewy every 5 weeks.

Keeping a golden retriever well-groomed is certainly not an easy task. Our bathroom is teeny-tiny but we make it work and luckily, she loves the tub. We use CHI dog shampoo and a shampoo brush to really get the dirt out! To keep her smelling fresh, I bought a warm vanilla cookie spray just to spritz on her once a week or so before brushing. As for brushing, we use this combination brush and try to brush her for a few minutes everyday (but at least 3x a week!)

For her oral health, we (I) brush her teeth 2-3x a week and give her a greenie most nights. Her teeth are so white and pretty and I intend to keep them that way!

Puppies come with a lot of uncertainty and Matt and I discussed dog insurance a lot before we got her. Ultimately, we decided against it. The main reason we do not have insurance for Ellie is because we have stable jobs that pay decently well and we both have savings in the event of something unexpected.

We did, however, decide to enroll her into our vets Puppy Wellness Program. It’s a 1-year contract for $70 a month. The cost of the program includes all of her core vaccines, fecal exams, and unlimited office visits. It also includes discounts on most services including a heavy discount on her spay and post-op drugs! We likely won’t enroll her in the adult dog wellness program but we still have a few months to decide.

Training Ellie wasn’t crazy hard but it did present some of its own challenges. We started off with positive reinforcement and it worked really well. She was fully potty trained within a week (with the exception of an accident in my parents basement) and knew basic commands (sit, lay down, shake hands, stay) shortly thereafter. Recall, though, was a different story. Combining “Ellie, here!” with positive reinforcement worked to a point — if she wasn’t distracted by another dog, she listened really well! But we knew we wanted to be able to let her off leash (in off-leash areas) and have her recall down pat. So we brought in the big guns: an e-collar.

I know e-collars can be controversial but they shouldn’t be. As long as you do your own research and training, you can safely utilize an e-collar. When using the e-collar, we’d say “Ellie, here!” once. If she didn’t listen, we’d do it again but then use the beep function on the collar. And if that didn’t work, we’d use the vibrate function. That got the job done. Now, her recall is stellar! She can be off leash near other dogs but if we call her, she comes running which is exactly what we wanted and needed.

As I said above, we tried to crate train her. And we failed. We tried everything: covering the crate with a blanket, giving her one of our t-shirts, putting the crate in our bedroom. Nothing worked (for us). We then decided to “crate” her in the kitchen: we set up a baby gate at the entrance and put her bed in there and she slept much more comfortably and for longer periods of time. Once she was about 6 months, though, we knew she wouldn’t do anything “naughty” at night and gave her free range of the apartment.

We feed Ellie Royal Canin Golden Retriever Puppy food per the recommendation of our breeder. Once she’s around 15-16 months, we’ll switch her over to royal canin adult golden retriever food.

As for treats, what doesn’t she like?! She’s a big fan of jerky (duck, especially) and fish (salmon and tuna). We give her frozen fruit (mangoes, watermelon, berries) and pumpkin puree or a spoonful of plain greek yogurt when her tummy hurts. As for veggies, she’s into carrots and broccoli but passes up on cucumbers and green beans. She also loves pig ears, bully sticks, Yak Chews, and greenies!

We use these food and water bowls from Target and this water bottle when it’s hot/when we’re going to be gone for a while.

Speaking of food: I had Ellie’s stomach pinned to prevent bloat/gastric dilatation-volvulus (GDV). My childhood golden retriever experienced bloat and it’s so scary. While stomach pinning doesn’t guarantee the dog doesn’t suffer bloat, it can help. I had it pinned when she went in for her spay since she was in surgery, anyway.

We have two collars for Ellie – both of them are from Fern & Fetch Co on Etsy. (Our friends sister makes them!) We use a KONG leash for walks and that’s about it as far as accessories go. We bought her some booties for winter but she hates them so we just paw-wax post-salty-winter-walks instead.

Little Luxuries: Gifts for Christmas, birthdays, and just because 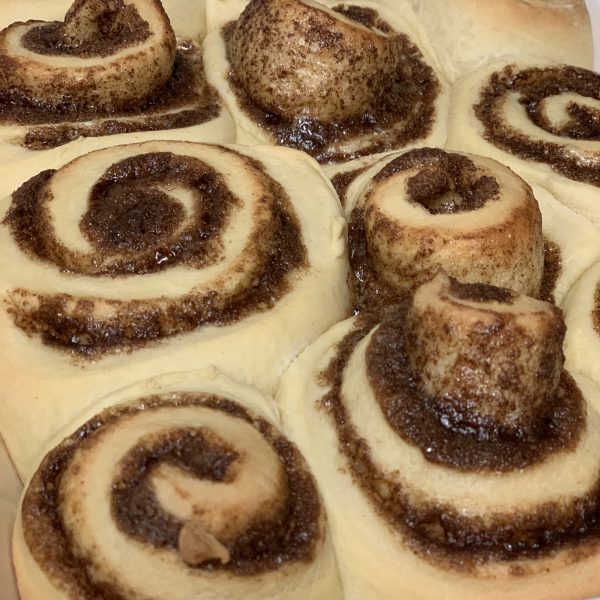 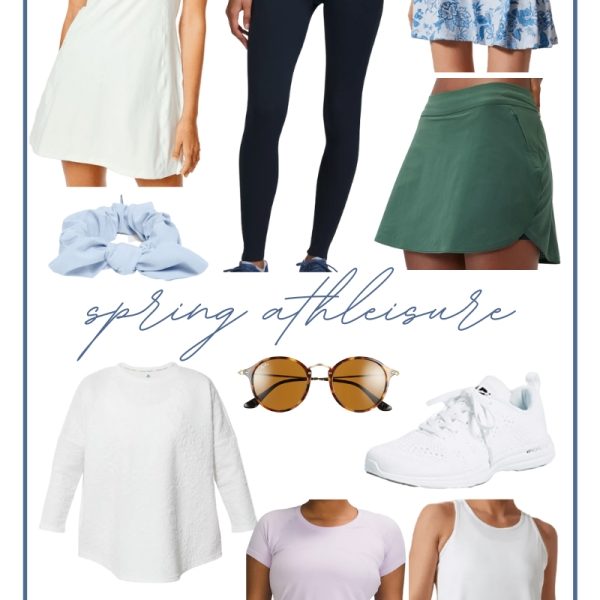 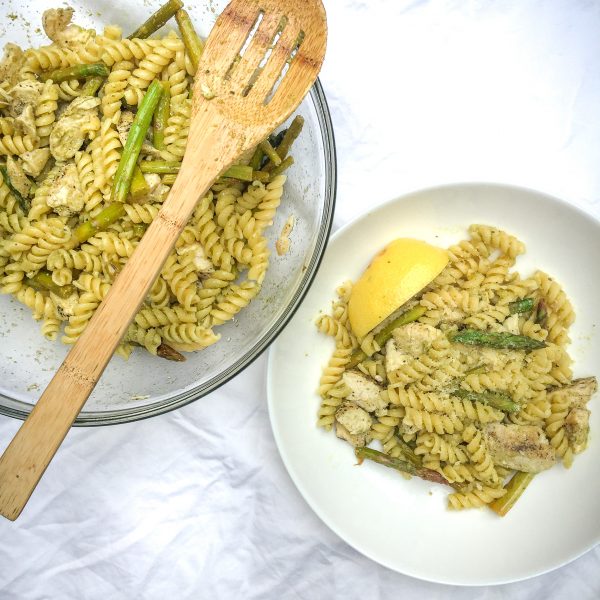 I live in Chicago with my fiance and our golden retriever. I love to eat good food, workout, travel, and leisure about. Follow along as I share how I eat well, live better. read more ➞ 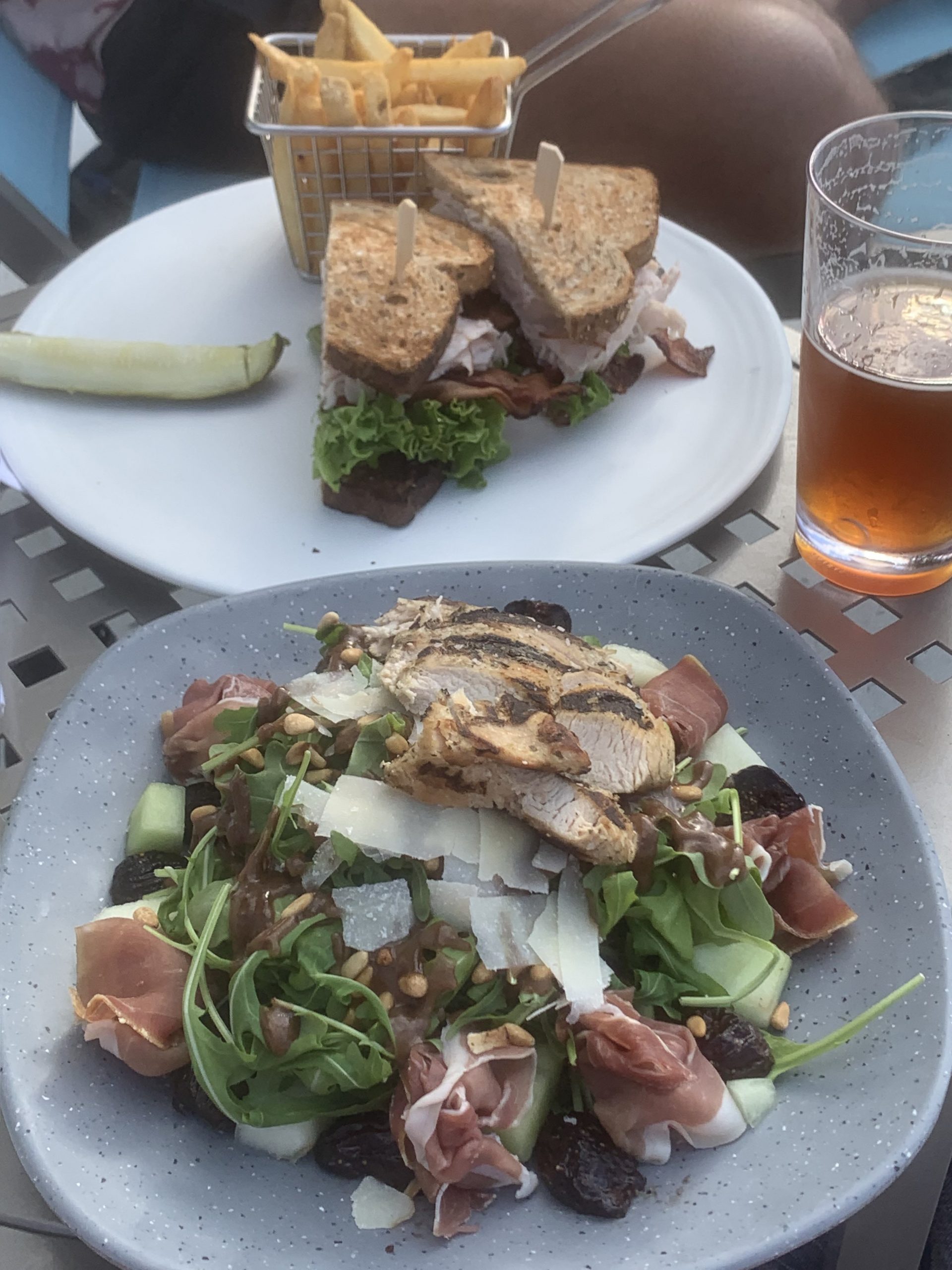 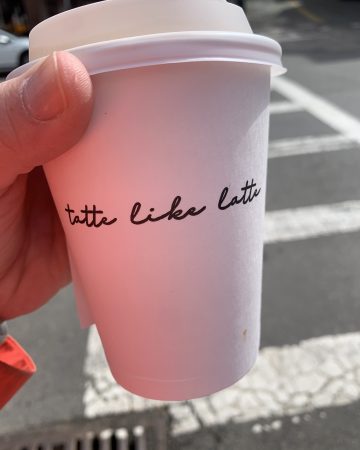 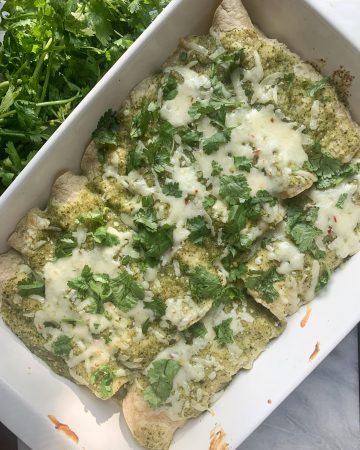 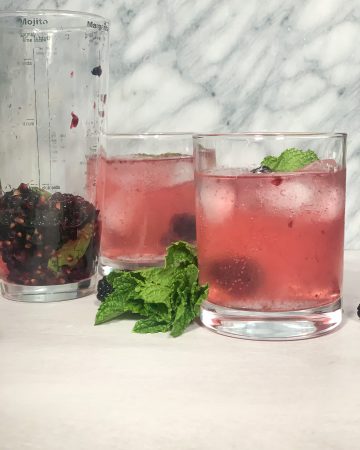