HAPPY MONDAY! I’ve been back from Washington DC for a week now and only now just getting up this post. I actually got sick on our trip and had a cold and cough for most of the last week that I’m finally getting over.

DC is one of our favorite cities because there is so much to do and much of it is free! Matt and I were ballin’ on a budget this trip so we mostly did free museums and inexpensive (for the DC area, anyway) meals. By sharing this post, I’m not pretending to be any kind of DC or travel expert but simply sharing the things we did on our trip 😉

We took an early flight (7AM!) so we were able to start our trip early. After dropping our bags off at the AirBnB, we went to the Marine Corps Marathon race expo so Matt could get his race bag and free samples and we grabbed some lunch. (Lunch was nothing to write home about so that’s all you’re going to get outta me!)

Since we had an early flight, we went back to our AirBnB around 2 to rest before checking out our neighborhood and going to dinner. I don’t know why but one of our favorite restaurants is actually a CHAIN(!) in the DMV area: The Matchbox. I know, I know. But we’ve been there three times now and the food is consistently delicious! And not terribly expensive. And pizza. I got a pizza with arugula, proscuitto, fig, and honey. O-M-G. Dessert was a cupcake from The Sweet Lobby – toasted s’mores for me. 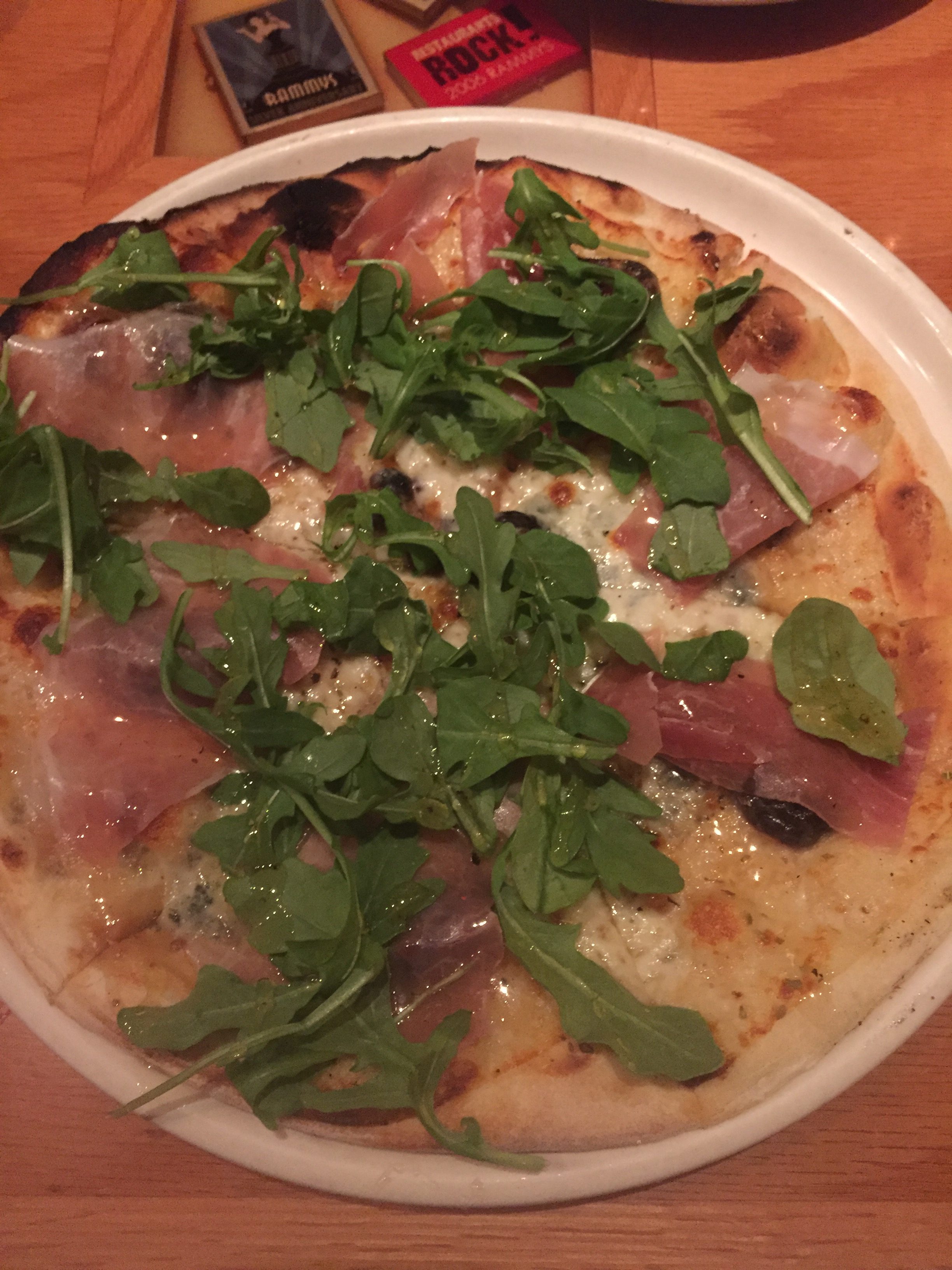 We were BEAT so we hit the sack early to rest up for our Saturday activities.

I nabbed tickets to the African American History Museum. We got to The National Mall about 45 minutes before our scheduled entry time (tickets are free but it’s a very popular museum so you have to get tickets online and it’s a timed entry situation) so we just walked around until our entry time. As it turns out, there was a fire in one of the loading docks so the museum closed for the day and we weren’t able to check it out that day. 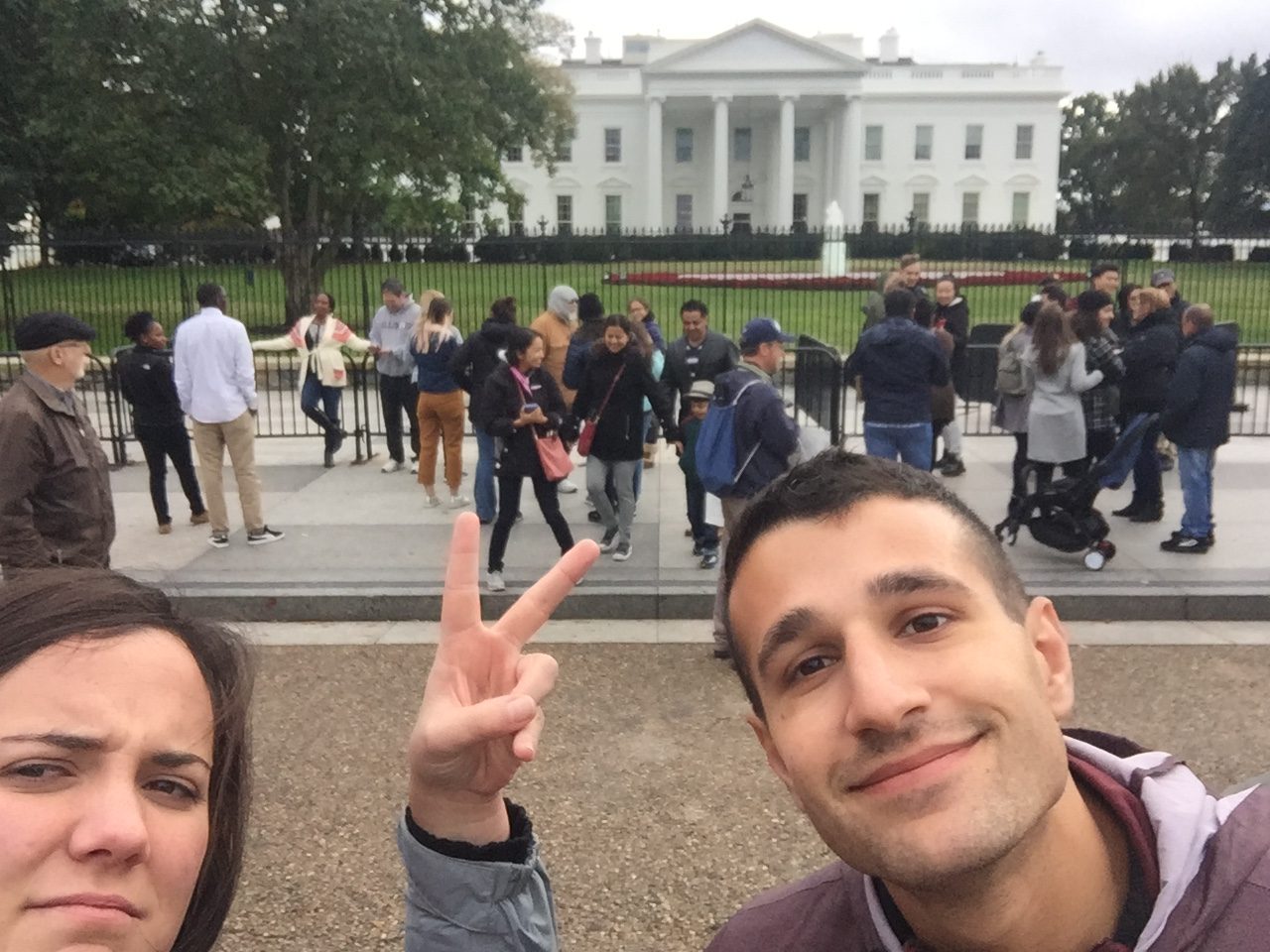 Instead of going to the African American History Museum, we went to the American History Museum to see some of the newer exhibits and went by the White House because, duh. We still had some time to kill before meeting my family for lunch so we went over to the Clocktower in the now Trump Tower (formerly The Old Post Office). The view, you guys! It was a cloudy, rainy day so the picture I have doesn’t do it justice but it is AMAZING and I 10/10 recommend you go up the Clocktower to look over the city. 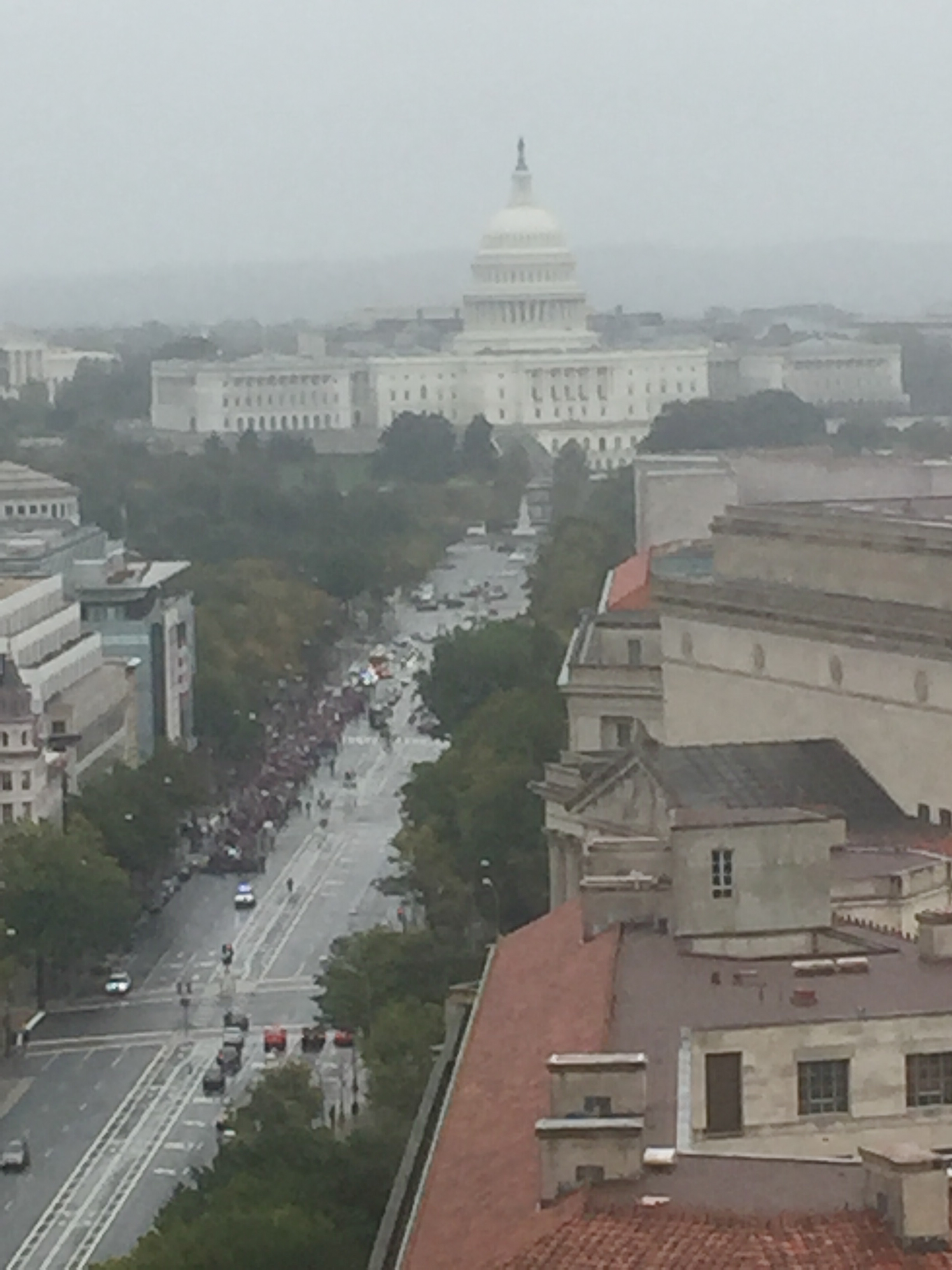 We ate lunch at a ~hip DC restaurant called Proper 21. I got crab cakes because hello, Maryland crab! A few of my family members that live out that way joined us which was GREAT because I haven’t seen them in a while.

After lunch, we pretty much called it a day. We had done a lot of walking around already and Matt needed to rest up for his race! We just had takeout Italian for dinner so Matt could carb up 🙂

Matt got up around 5AM to catch the 6AM metro for the marathon while I woke up around 6:30AM to get to where I’d first see him. DC is so easy to navigate; you can take the metro, rent a bike, rent a motorized scooter, uber, or walk. On race day, I used a little bit of everything!

I first saw Matt between miles 5-6 and again between miles 9-10. The course, as far as spectating is concerned, is a great course because there are a few hairpin turns that make it easy for race-watchers! 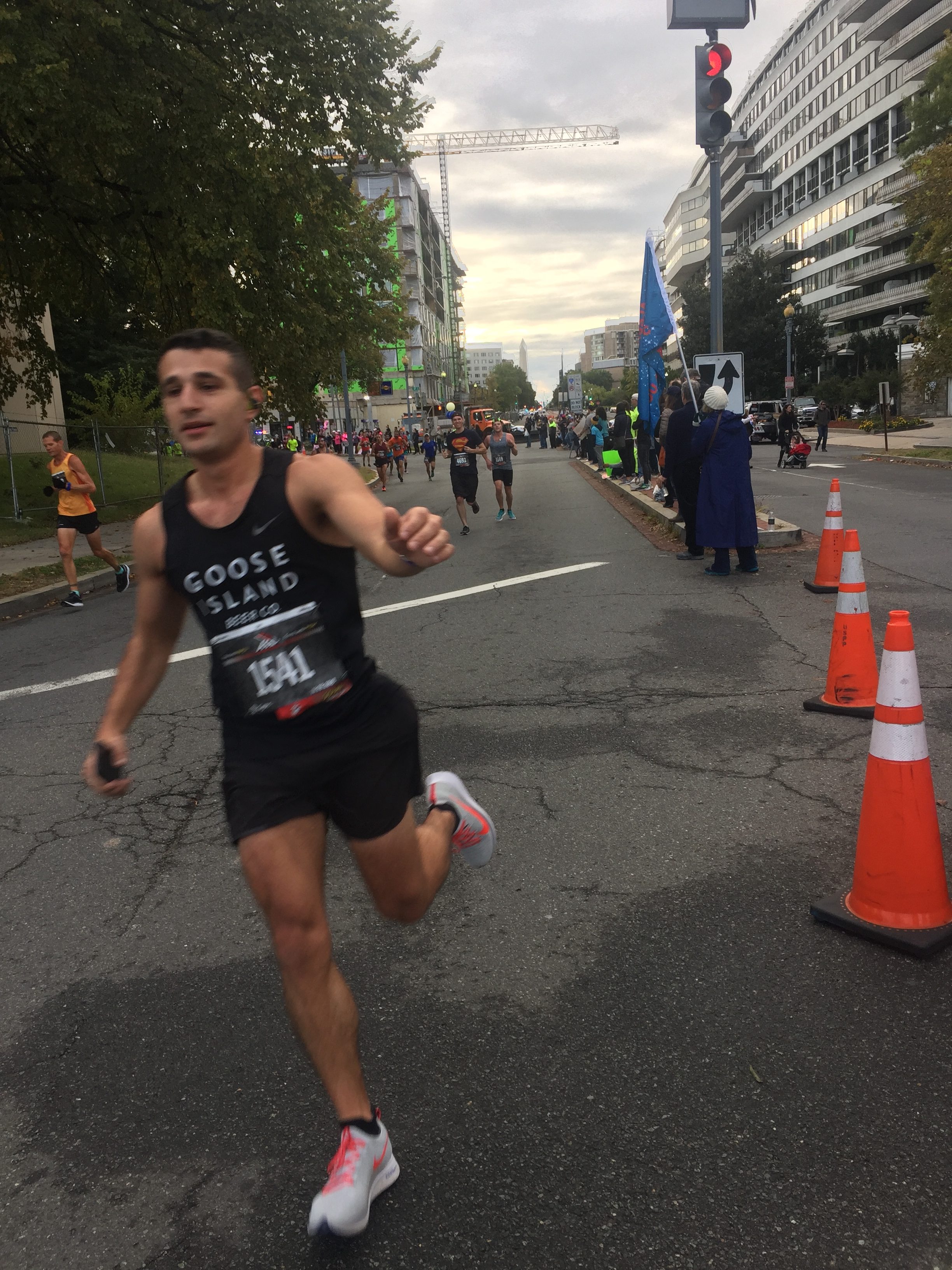 Instead of taking the metro or an uber to our next checkpoint, I rented a bike and got over to The National Mall for miles 15-17. The original plan was to see Matt once at The Mall but all I had to do was walk down a hill to catch him around mile 17 so, why not?!

I wanted to see him at the finish so instead of taking the metro or biking (because holy cow that’s hard when you don’t do it often!), I rented a scooter. IT WAS SO MUCH FUN. Everybody should ride a motorized scooter at least once in their lives. 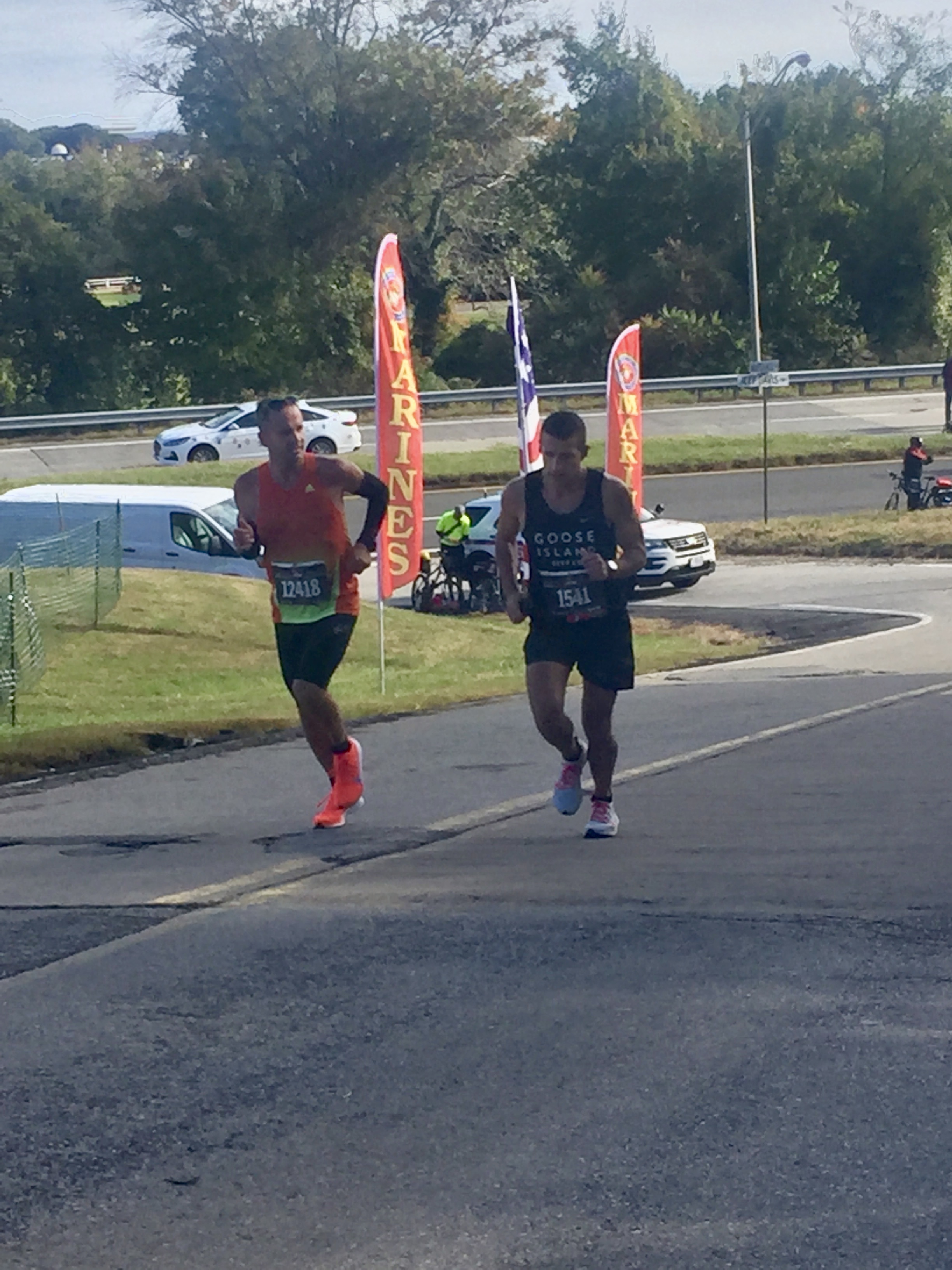 After finishing, Matt and I went to Old Town Alexandria to check out the town and get breakfast from a hole-in-the-wall diner. 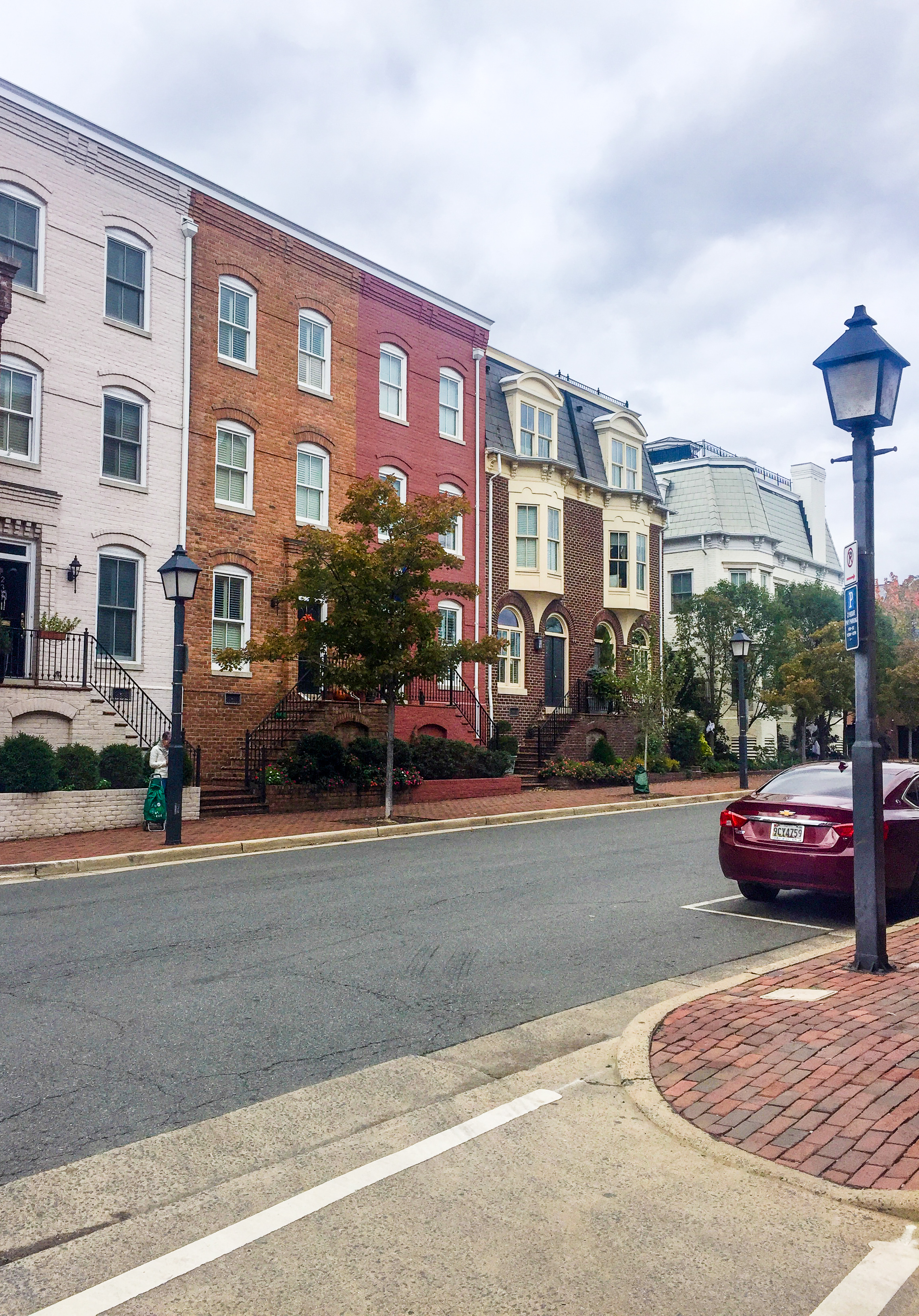 Then it was nap time 🙂 We made 8PM reservations at Old Ebbitt Grill for dinner so we took a rest and had time to check out some of the monuments at night. So. Cool.

Dinner was delicious and if you’re in DC, you should check out Old Ebbitt. It has pretty standard American fare BUT the restaurant has so much history! Dessert that night was a slice of carrot cake and a pop-tart from Ted’s Bulletin. 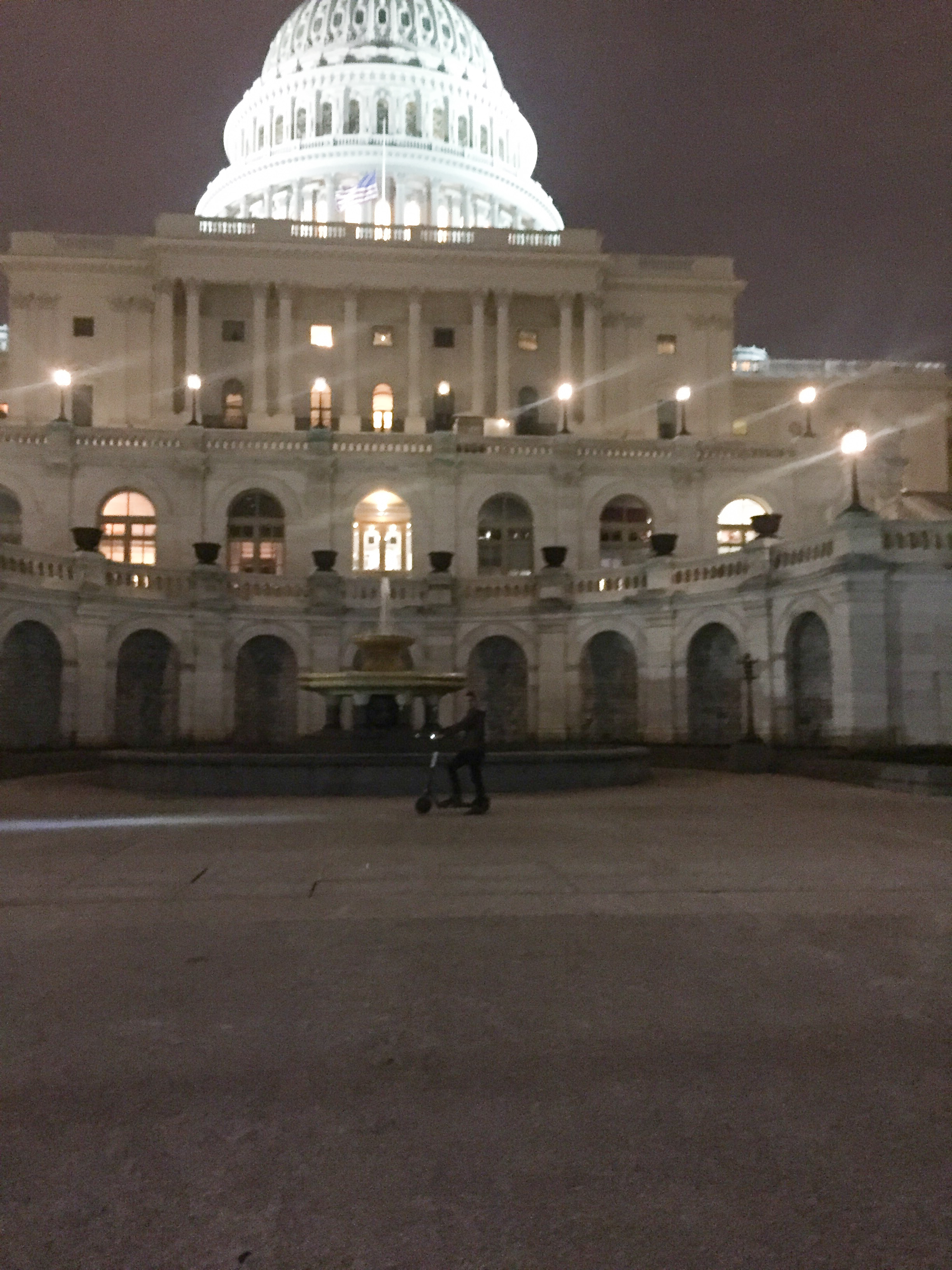 Our flight back home on Monday wasn’t until 7PM so we had most of the day to explore! The Holocaust Museum (free) has a new exhibit that I wanted to check out about America’s role in the Holocaust. Very eye opening and sombering.

After the exhibit, we went to the African American Museum because they were honoring Saturday’s tickets. We didn’t have a ton of time, unfortunately, so I’m hoping we can go back sometime (and soon)!

We packed up our bags, tidied up our AirBnB and left for the airport around 4:30. And just like that: we were home!

Matt and I are already looking forward to our next vacation! Where should we go next?!?! 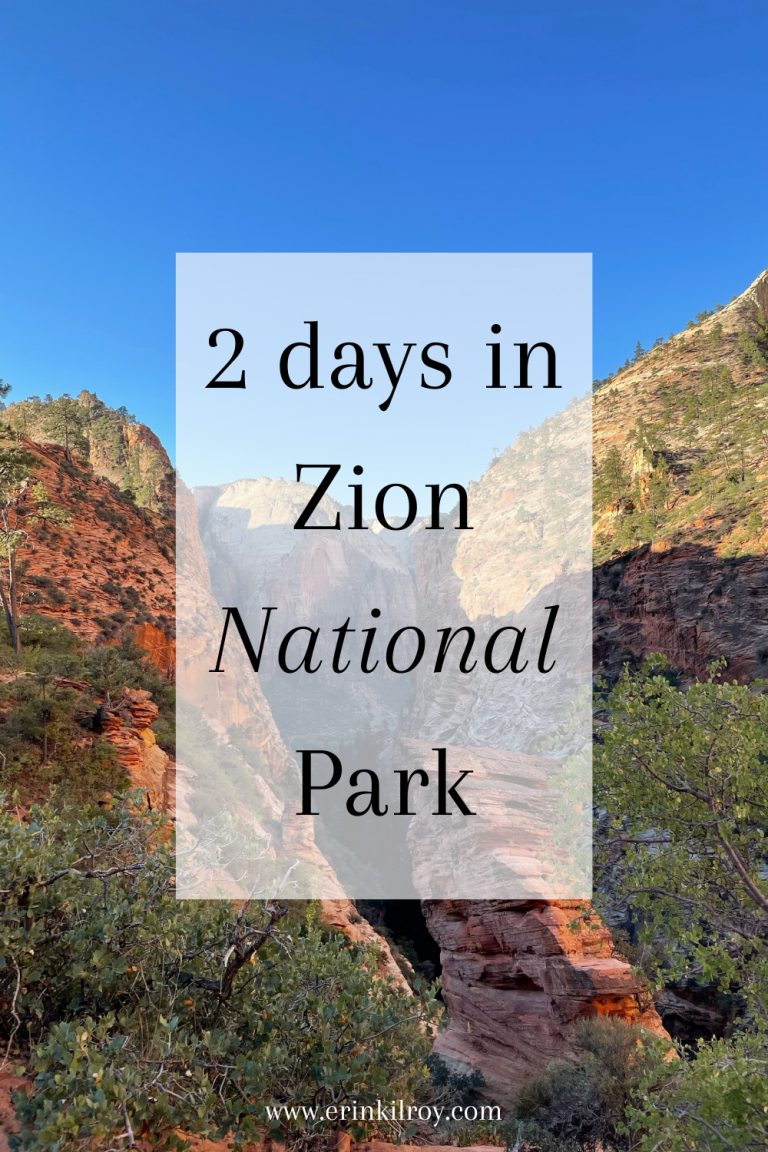 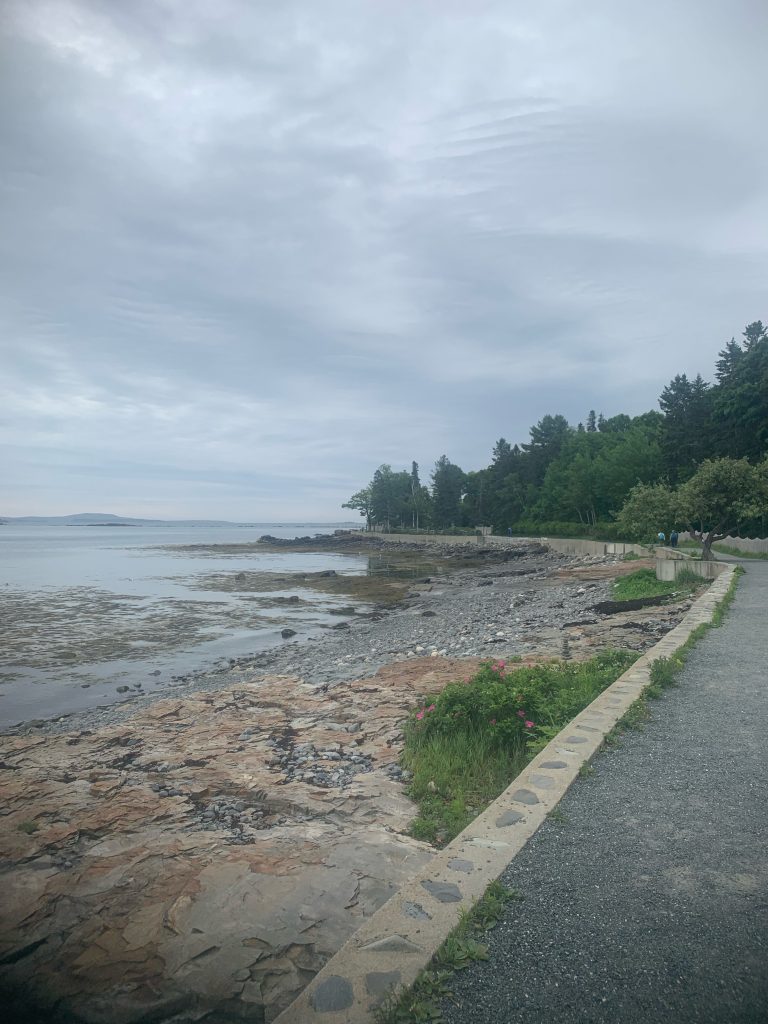